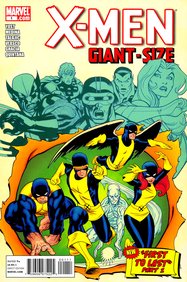 Emma wants to relax with Scott, while not telling him a battle is going on outside. Much to her dismay, he hears the battle, so the two jump into action. The Neo, an offshoot species of mutantkind, have returned. The Evolutionaries jump in and kill the Neo, saying their existence is to save mutantkind by killing Homo sapiens. Using her diamond form, Emma protects Celeste from danger. She asks Scott some questions regarding the Neo and the Evolutionaries. 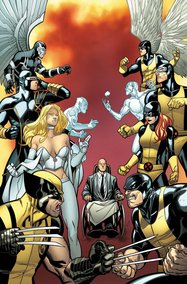