Emma Frost's background is broken into 5 categories and is ever-expanding in Marvel's continuation of her character.

She is a Marvel comics character from the X-Men. Emma Frost appeared in Marvel's Uncanny X-Men #129 as the White Queen of the Hellfire Club and is currently a top X-Men member. 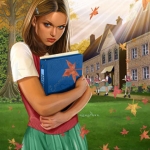 Emma Frost was born to a rich and prestigious family located in Boston, Massachusetts. She developed telepathy during adolescence and tried harnessing her powers to survive in a preparatory school and a backstabbing family. Although her family constantly feuded, Emma was especially fond of her brother Christian, but their father kicked him out of the household due to drug-related abuse.
Later, Emma's father offered his inheritance to Emma because he saw how she gained prestige within the family, but Emma rejected the offer and said she'd make it her own way. Emma worked mundane jobs, lived on the streets and faced a Boston mob, gained stock information, and even did the college life. 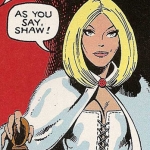 Known as a villain to the X-Men, Emma Frost gained top spot as the White Queen of the Hellfire Club, where she and Sebastian Shaw led the Inner Circle. At this time, Emma was also founder and CEO of Frost International, headmistress of Massachusetts Academy, and mentor to the Hellions.
Emma clashed several times with the X-Men and was even involved with Jean Grey's transformation to the Dark Phoenix. Emma was a fearful foe of the X-Men and is now known as one of the X-Men's greatest former villains.

After the death of Emma's Hellions, Professor Xavier offered Emma a chance to redeem herself and lead Generation X with Banshee, which consisted of young mutants from the X-Men. The two leaders often bickered over which way to teach the kids, who were less than amused about their arguments.
Emma met Dark Beast from an alternate timeline, took the kids out to New York City - where they helped Spider-Man defeat Sandman - and attempted to make tomato sauce with a bottle of ketchup.
These years weren't all fun and games, though. Old faces from Emma's past appeared during this timeframe. Her younger sister Cordelia contacted her for help in which Emma was suspicious, believing there was an ulterior motive. Emma's older sister Adrienne later appeared, offering assistance to the near bankrupt team. Emma accepted out of desperation and later regretted her move when Adrienne set bombs in the school and killed a student in the process. 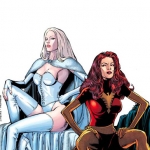 After Cassandra Nova wiped out Genosha, Emma survived due to a secondary mutation in which she transforms her skin into diamond. The X-Men found her under the rubble and invited her to join the team. Although hesitant, she accepted the offer and took a group of telepathic quintuplets under her wing. She developed an interest with Cyclops, which later turned into a psychic affair.
Drama, more students deaths and telepathic battles - after the villain Xorn destroyed the X-Men and killed Jean Grey, Cyclops and Emma took over the school to lead a new generation of X-Men.

Headmistress of the X-Men 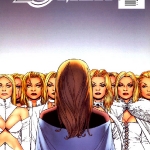 Emma's rise to popularity started here when she became co-leader of the X-Men, headmistress of Xavier's Institute for Higher Learning, and later a key player of the Marvel Universe. Given Emma's history, most of the X-Men weren't thrilled to have her on the team - and especially as the new love interest of Cyclops. She spent a lot of time earning their trust while giving some lessons they needed to learn in the process.
Emma was a key player in the X-Men. Her telepathy came in handy during the House of M, but after the decimation of mutants, she took extra precautions to keep the students alive. She made a lot of decisions for the X-Men, too, such as turning away Iron Man's offer during the Civil War.

From the Official Handbook of the Marvel Universe 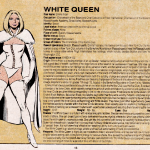 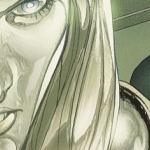 Powers: Emma Frost is a mutant who possesses various telepathic talents. Emma can read minds and project her thoughts into the minds of others, project psionic force bolts which have no physical effects but which can affect a victim's mind so as to cause the victim pain or unconsciousness, and can also induce mental pain merely by touching the brow of her victim. Emma can telepathically "sedate" her victims so that, if already rendered unconscious, they remain so for as long as she continues to "sedate" them. It is unknown how effective her "sedating" ability is on victims who are awake.
Furthermore, as a consequence of continued mutation, Emma can now transform her skin and hair into a diamond-hard form at will. In this form, Emma is nigh indestructible except for one small flaw that, if exploited, can cause her to shatter. Whilst in her diamond form, Emma's telepathic abilities are suppressed.
Abilities: Emma is highly skilled in electronic theory and electronics and has learned how to build devices that can amplify psionic energy and utilize psionic energy for various effects. She devised the mechanism by which her Hellfire Club cohort Mastermind projected his illusions directly into the mind of the Phoenix Force.
Weapons: Emma once designed a gun-like device which she once used to exchange minds for a period of time with Storm of the X-Men.