Writer of "Marvel Adventures: Spider-Man" (where Emma Frost made appearances as the mischievous Silencer) ranks Emma Frost as his TOP #5 female character in literature!

Here's what Paul Tobin has to say about our favorite character.

And so… at last, we’ve reached my top five favorite female characters in literature. We start right off with one of the few women in comics that I don’t mind being sexualized. Unlike my Supergirl rant from the last episode of these posts, sexuality really IS very much a part of the character of Emma Frost… and that’s okay. That’s great, actually… because one of the many things I like about Emma, perhaps the MAIN thing I like about Emma, is that she is very much in control of her own sexuality. Many / most of the other female characters feel like they’re being sexual to please male characters, or male readers. Starfire, anyone? Emma, on the other hand, has been rather consistently portrayed as a woman who does whatever the fuck she wants, in every part of her life. She enjoys sex. She enjoys being the one in control. She enjoys sex because it gives her control.

Frankly, I’m a bit amazed that her character has remained so consistent over the years, throughout many different creator changes. There really hasn’t been much in the way of ditzy Emma, or playtoy Emma… it’s been In Control Emma, and that’s what makes her a valid character.

So, I guess what I’m saying, this time I’m more than okay with the “naughty” aspects, because we’re all playing by Emma’s rules.

Read the rest of his post here. He's got tons of images and deliciously funny captions for them!

According to our database, Paul Tobin has written 9 issues with Emma Frost. He totally needs to write more! ...And so I leave you with a cover photo of Emma Frost as THE SILENCER! 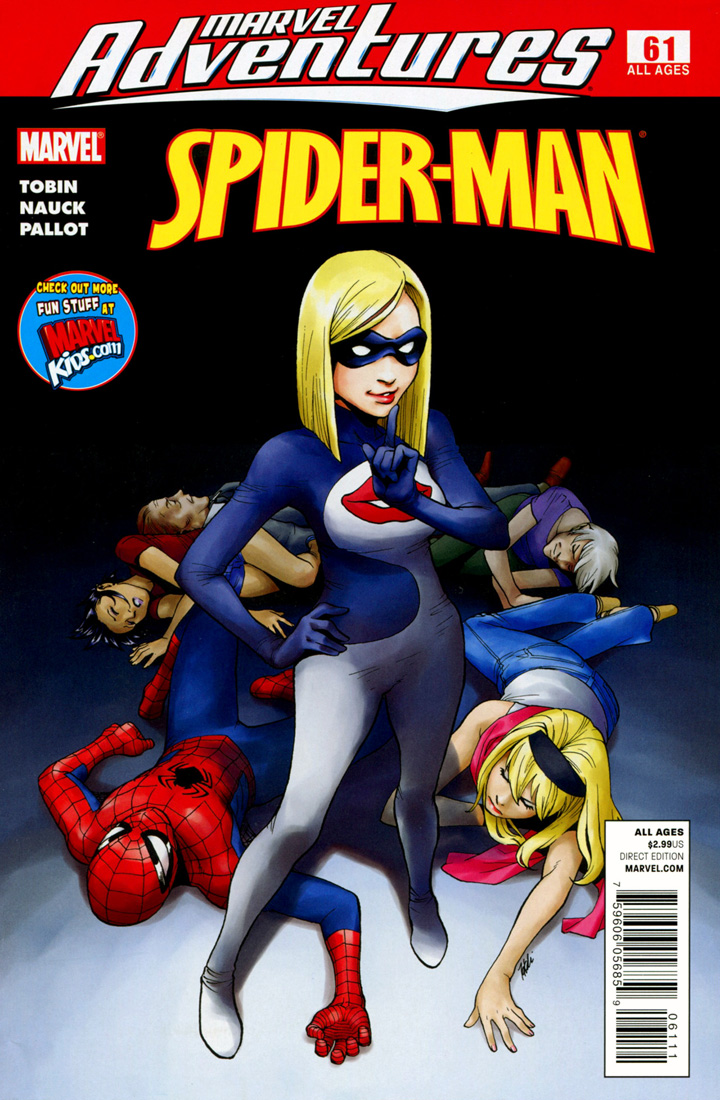