Here she is! Marvel Heroes released Emma Frost on their heroes list with a biography and stats. She is categorized with will as her main stat and ranged as her type of attack. Her willpower is particularly noticeable, as it is the strongest of all heroes so far.

They've also released her model sheet at the model sheets gallery. The "Astonishing X-Men" costume is her modern costume.

For most of her life, Emma Frost thought only of her own needs and goals, seeing humanity as inferior to her own mutant race. She used her intelligence, charm, and telepathic powers to accumulate great wealth. Soon she joined the mysterious Hellfire Club, a group secretly dedicated to world domination. For years she helped that group gain the political and economic influence it desired, often clashing with the X-Men.

Over time, however, Emma came to see the teaching of young mutants as her true calling. Eventually she allied with Professor Charles Xavier and her former enemies, becoming a full-fledged member of the X-Men and a teacher at the Xavier School. 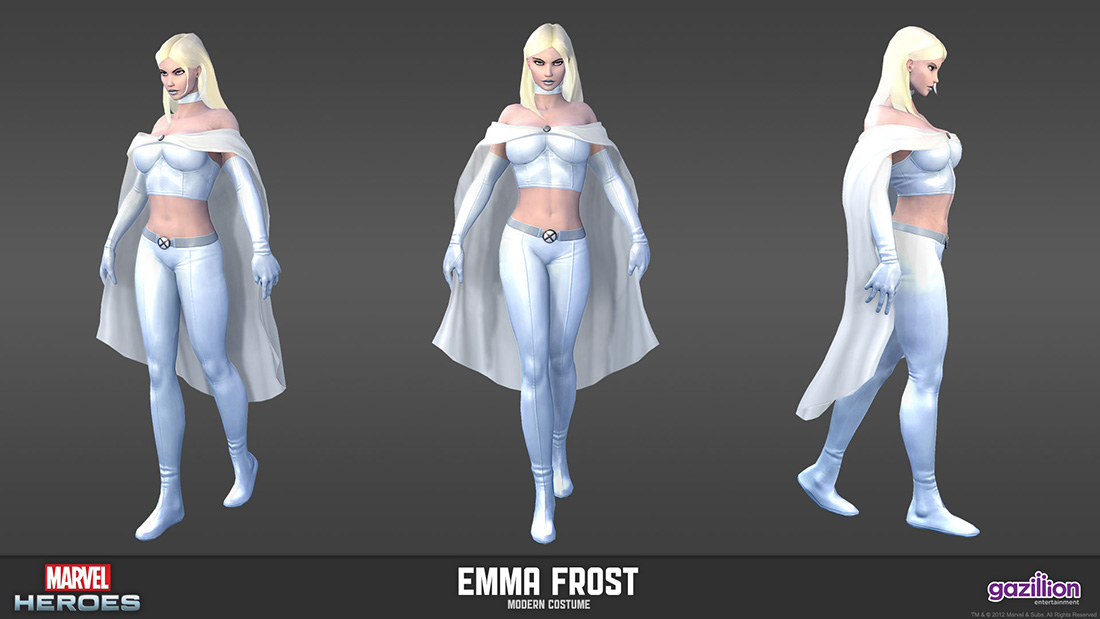